How PU Grouting Services Can Help You

Leaks on your ceiling show visible signs that you shouldn’t ignore. The source of the damage might be from typhoons, damage roof materials, bad installation, lack of maintenance and repair, among other things.

A do-it-yourself method might fix the ceiling problem in the short term. But, most of them are set-up to get damaged quickly. You need to have a professional attend to your problem if you don’t want to encounter the following problems from ceiling leakage.

Damage on in the attic

One of the first part of the house that will be affected by leaks on the ceiling is the attic. Many attics are built from wooden materials that will quickly deteriorate from exposure to large amounts of water from the leak. You don’t want to let it linger because the wood might collapse in the future if it has gone soft from the water damage.

Dark colors on your ceiling or bubble patches on the ceiling are some of the signs of ceiling leakage. You want to fix this right away because the entire paint job might be affected which means you will eventually need to repaint the entire ceiling. Water on the ceiling can also be dangerous if it seeps into your light fixtures that might cause your light bulbs to short circuit. 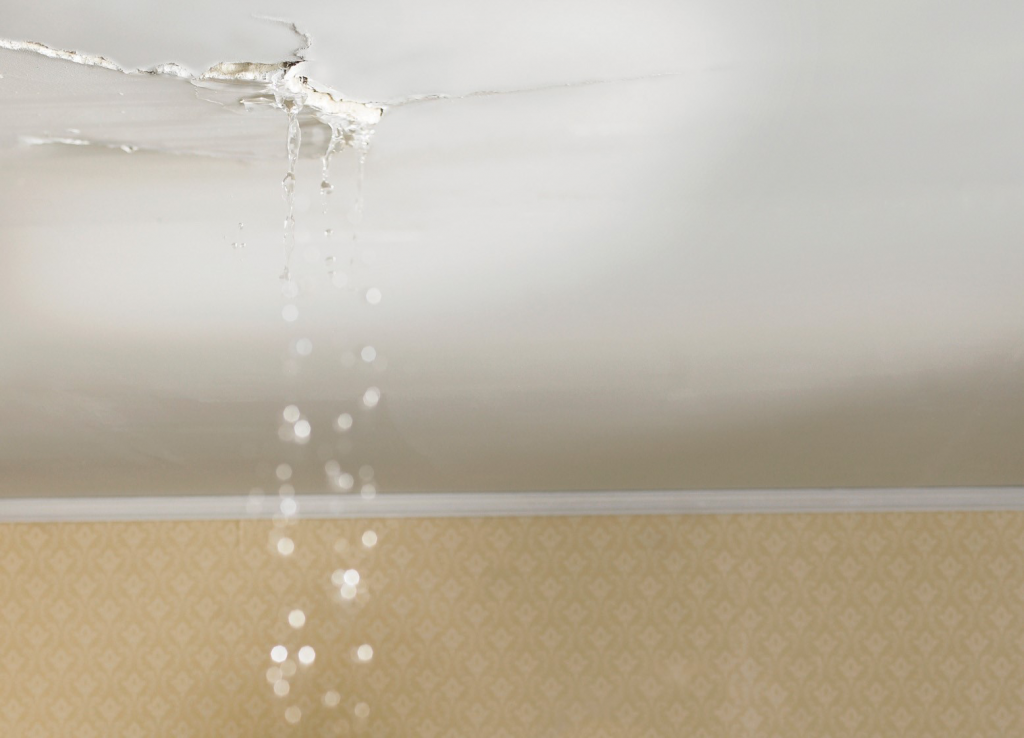 Accumulation of water is also a breeding ground for mold and mildew to grow inside your home. It’s easily connected to a neglected ceiling leak that you have not attended to for several days or weeks. The mold will grow on the moist patches and will easily spread as it also accumulates moisture, spreading to other parts of the house.

It will eventually get into your air-conditioning which will allow it to spread all over your home from the floor to other clean spots such as the kitchen and the dining room. You don’t want that because it might trigger health problems like asthma and allergies to your family members.

Water leaking from the ceiling can also become dangerous if it not only damages the ceiling but also start getting into your electrical system. Your home is now vulnerable to short circuit, blown fuses, and electrical failure.

Continuing to ignore this problem might cause physical harm to your family members if they touch a live wire that has short circuited. Water damage on the wire might also cause it to catch fire if it generates a spark large enough to cause a fire.

How do you know when you need roof leakage repair ASAP?

How PU Grouting Services Can Help You